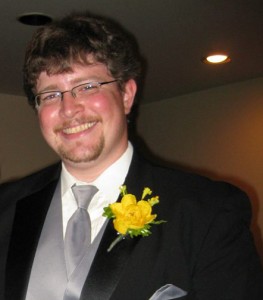 Mike has a background in Software Development and System Design, with a degree in Computer Science from Southern Illinois University at Carbondale. He currently designs and maintains large scale enterprise software for a Fortune 50 company, primarily in a Java and Linux environment. In a prior life, Mike worked for a small internet startup as a PHP and MySQL developer, and is equally comfortable in Windows and Linux systems. Mike has spent quite a bit of time in tech organizations, with four years on the Student ACM board in college (two as President), and a year on a local AITP chapter board after college. He also spent two years competing on the SIUC Collegiate Cyber Defense Competition (CCDC) Team, once as the team captain, and once as the Linux admin.

When he’s not carrying a laptop around, Mike can usually be found cooking something new, or tweaking a homemade beer or wine. He also moonlights as an IT admin for a few small companies to keep the hands-on skills sharp. Lately, Mike has been reading up on the embedded systems world, and is interested in identifying ways that modern application and IT management techniques could be applied to embedded technologies.

Mike can be reached at mike@mwtmc.org.